With Pep Guardiola under pressure to lift a fourth trophy of the season against Jurgen Klopp’s confident side, Al Hain-Cole expects an exciting clash to provide plenty of goals

Pep Guardiola will be hoping to pick up a another trophy as Bayern Munich coach when his side take on Borussia Dortmund in Saturday’s DFB Pokal final.

Having lifted the European Super Cup, Club World Championship and Bundesliga title already, the former Barcelona boss is available at 19/20 (1.95) with Paddy Power to mark a successful debut season by adding a fourth piece of silverware to his already extensive collection. 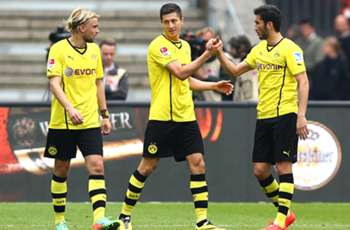 Only two of the last 14 cup finals have gone into extra-time, but you can get odds of 13/5 (3.60) on the score remaining tied after 90 minutes for the first time in six years here.

After sealing the Bundesliga title with a record seven matches to spare, Guardiola could seemingly do no wrong at the Allianz Arena until last month’s painful 5-0 aggregate defeat against Real Madrid in the Champions League semi-final followed a poor spate of league performances.

Having come under heavy criticism since then and with rumours circulating of discontent among certain players in the dressing room, the Spaniard is under unexpected pressure to oversee a resounding victory against a team that come into the final in fine spirits. 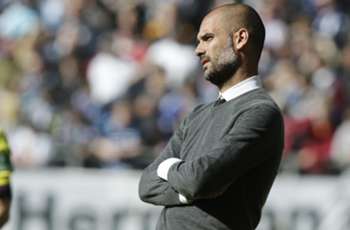 Dortmund have won seven and drawn one of their eight games since a 3-0 Champions League defeat away to Bayern’s tormentors Real, including a 2-0 home win over Los Blancos and a 3-0 Klassiker victory in their rivals’ own back yard.

With 22 goals to their name in the last eight fixtures, Klopp’s confident side should pose plenty of problems for a defence that has conceded 18 in its last 12 during an unusually sloppy spell that has reaped just three clean sheets in 18 games.

A bet on over 3.5 goals would have paid out in each of Dortmund’s last four fixtures, so odds of 5/4 (2.20) look too good to pass up on at least four going in when they take on a pumped up Bayern outfit in a typically high-scoring cup final, with 21 goals scored in the last four editions alone.

Al Hain-Cole is a Liverpool fan, experienced tipster and avid follower of European football. He specialises in accumulators and if you would like to read more from Al you can follow him on Twitter here.