Franck Ribery on Friday became the latest high-profile player to have their World Cup hopes dashed by injury.

The France and Bayern Munich winger was ruled out of the tournament, as was his Les Bleus team-mate Clement Grenier, to leave a huge hole in the plans of coach Didier Deschamps.

There also remains a doubt about back-up goalkeeper Steve Mandanda after he suffered a crack in his first cervical verterbra (neck) during Marseille’s clash with Guingamp, although he remains in the 23.

Colombia had been worried about the fitness of striker Radamel Falcao for months following his anterior cruciate ligament injury in January. After months of uncertainty, Jose Pekerman finally confirmed that the Monaco star will not be fit in time to feature in the summer showpiece as he unveiled his 23-man squad.

Italy midfielder Riccardo Montolivo suffered a broken leg following a clash during his side’s 0-0 friendly draw with Republic of Ireland and could require surgery, meaning he will not make the finals in Brazil.

On the same day, Mexico’s Luis Montes also suffered a fractured leg shortly after scoring for his side in a 3-1 win over Ecuador, dealing a blow to Miguel Herrera’s plans for the tournament.

Croatia’s Niko Kranjcar paid the price for his exertions in QPR’s Championship play-off final victory over Derby as he picked up a hamstring injury which will leave him on the treatment table for much of the summer.

Netherlands have been hit the hardest of all the teams in Brazil, with Rafael van der Vaart ruled out with a calf injury and joining Paris Saint-Germain right-back Gregory van der Wiel and Roma’s Kevin Strootman (both knee) on the sidelines.

Victor Valdes tore his anterior cruciate ligament in what proved to be his last game for Barcelona against Celta Vigo in March and Spain will also be without Thiago Alcantara after the Bayern Munich man underwent surgery on a knee ligament problem.

England have already been robbed of the services of Arsenal winger Theo Walcott. The fleet-footed wideman ruptured his anterior cruciate ligament during an FA Cup clash with Tottenham in January, and will not be on the plane to South America.

Two other players who had high hopes of being named in Roy Hodgson’s squad, Tottenham pair Kyle Walker and Andros Townsend, will spend the summer recovering from pelvic and ankle injuries respectively. 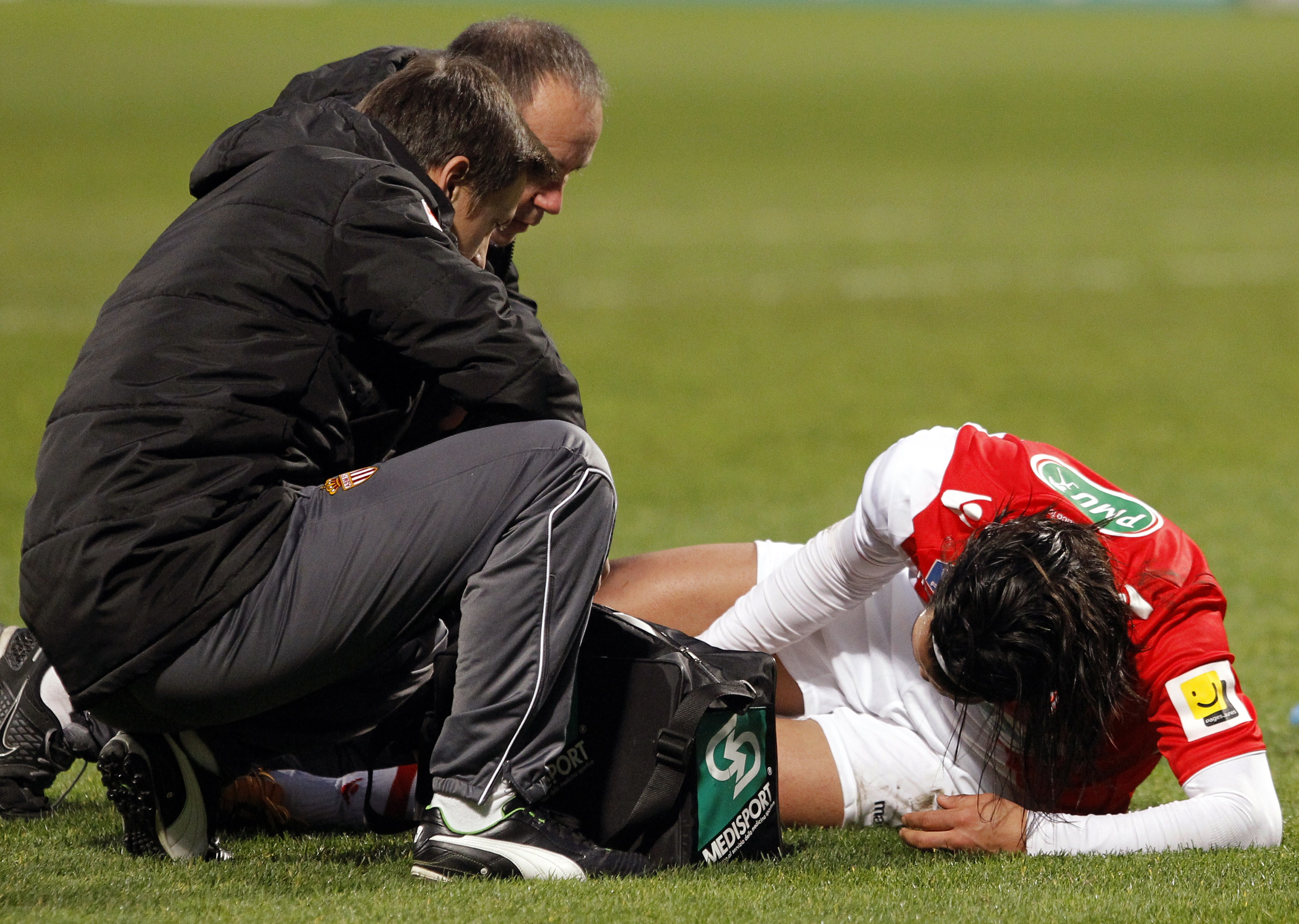 Germany duo Holger Badstuber and Ilkay Gundogan will play no part in this summer’s tournament. Bayern defender Badstuber has been out with a cruciate ligament injury since November 2012 and it is still not clear when he will return.

Dortmund star Gundogan has made just one Bundesliga appearance this season due to a back complaint and his comeback is also clouded by uncertainty.

Meanwhile, Portugal will have to make do without teenage starlet Bruma. The Galatasaray livewire suffered an ACL injury in January and will be out for at least six months. Benfica defender Silvio broke his leg in the Europa League clash with AZ in April and will not be on the plane to Brazil.

Japan captain Makoto Hasebe underwent a second operation on his knee in February and is yet to complete his recovery, but such is his importance to the national side, coach Alberto Zaccheroni has named him in his 23-man squad.

Elsewhere, Jurgen Klinsmann saw midfielder Stuart Holden ruled out with a fourth serious knee problem, which will keep him out of action for between six and nine months.

And Costa Rica suffered a bitter blow when Alvaro Saborio, their top active goalscorer, was ruled out with a broken metatarsal suffered in training towards the end of May.