COMMENT: The increase in the number of games on the calendar has reached worrying levels and has damaged the most magical sporting event in the world

By Carlo Garganese in Recife

Frank Ribery, Radamel Falcao and Marco Reus head a lengthy list of star players who will be missing in Brazil over the next month after having their World Cup dreams shattered by injury.

Other big-name players, including Cristiano Ronaldo, Diego Costa and Luis Suarez, will struggle through the tournament despite lacking fitness and sharpness due to injury problems.

There has never been a World Cup ravaged by injuries like the 2014 edition and it is already threatening to ruin the tournament.

The reason is simple: there is too much football being played.

The increase in games over the past two decades has left players exhausted every time a major international tournament rolls around in June.

“It’s not surprising that many top footballers are either injured or unfit for the upcoming World Cup,” Dr. Vincent Gouttebarge, Chief Medical Officer of FIFPro – the worldwide representative organisation for all professional players – told Goal.

“They have been exposed during the whole season to a high workload due to training and competition, while recovery periods are scarce during a football season.

“The cumulative exposure to highly intensive competitive matches in domestic, continental and international competitions is one of the main reasons for the unavailability of several top players in Brazil.

“The need to limit the workload on players is an urgent priority.” 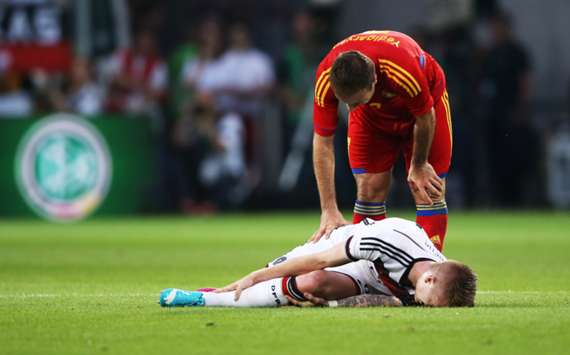 Back in 1982, Italy’s World Cup winners played on average 20 games less than Spain’s champions of 2010 where Xavi, Sergio Busquets, Gerard Pique and Pedro all broke the 60-game mark.

It reflects a worrying trend. The expansion of the Champions League, for example, means it takes a minimum of 13 matches to become European champions when a team would play a maximum of nine games to win the old European Cup.

To win the Europa League today, a team can play up to 23 games compared to its predecessor, the Uefa Cup, which would take no more than 12 games.

The obvious need for fewer matches is unlikely to be granted, because matches create the commercial and TV revenue that generates vast wealth for clubs, leagues, associations and sponsors.

The estimated gross commercial revenue from the Champions League and Uefa Super Cup for the past season was a mind-blowing €1.34 billion. According to Deloitte, the money generated from Premier League clubs surpassed the €3bn mark for 2013-14. 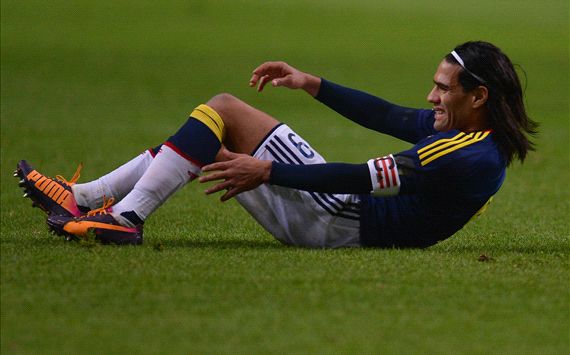 Last summer, Barcelona travelled to Germany, Norway, Poland, Thailand and Malaysia; while Real Madrid played matches in England, France, Sweden, and the United States. Italian clubs regularly travel to the US during pre-season and the Italian Super Cup has been moved out to Beijing in China.

These exertions have filled the coffers and grown the brand, but they have elongated the season and exhausted the players. There is simply no rest time.

The World Cup only comes along once every four years, and remains the most prestigious of sporting tournaments. But its magic disappears when the best players in the world are either unable to compete or are too tired to perform at their best.

Paulo Castro, who lives in Copenhagen but has bought tickets to watch Ivory Coast, Italy and Germany play in the city of his birth, Recife, is just one supporter who feels robbed by the World Cup’s glut of injuries.

“It has been 64 years since the World Cup has been in Brazil and with all the protests that have gone on, our city at least deserves to see champions like Giuseppe Rossi and Marco Reus,” he said.

Ronaldo and Lionel Messi have dominated football over the past six years, but both have performed poorly by their high standards at international tournaments. It is no surprise when the Argentine averages 62 matches a season since 2008 and Ronaldo 61 games over the past four campaigns.

Do not be surprised to see them struggle in Brazil too. And don’t be surprised, either, if Diego Costa, Suarez, Arturo Vidal and the superstars who limped to Brazil also disappoint. Or, just as likely, break down again and join Ribery, Reus and Co. on the plane home.