Pierre-Emerick Aubameyang celebrated his DFL-Supercup goal in some style as he donned a Spiderman mask in front of the jubilant Borussia Dortmund fans.

The Gabon forward powered home a header just past the hour mark to double Dortmund’s lead over Bayern Munich after Henrikh Mkhitaryan had fired in the opener in the first half.

The 25-year-old pulled the replica mask out of his sock after scoring and pulled it over his head as he stood to the acclaim of the Signal Iduna Park faithful in one of the more bizarre goal celebrations likely to be seen this season.

Aubameyang’s celebration was inspired by his former Saint-Etienne team-mate Jeremie Janot, a goalkeeper with a penchant for comic books who once took to the field in a complete Spiderman suit. 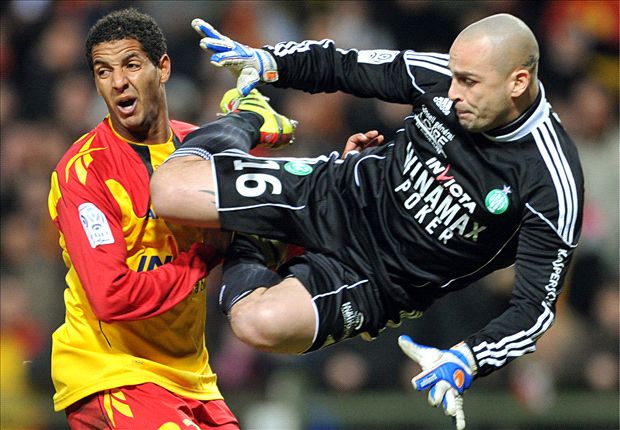 Comic timing | Janot collides acrobatically with an opponent in a Ligue 1 clash in 2011
The forward left the Ligue 1 outfit for Dortmund in 2013 for a fee of around €13 million and has since established himself as a key component of Jurgen Klopp’s attack.

Dortmund successfully defended the German Super Cup they won at Bayern’s expense last summer as they sealed a convincing 2-0 win over Pep Guardiola’s side.