Goal takes a look at the players who will miss matchday five of the Champions League group stages, including the Borussia Dortmund, Bayern Munich and Real Madrid stars

Borussia Dortmund were dealt a huge blow on Sunday when it was revealed that star player Marco Reus will be out of action for the remainder of the year.

The attacker suffered a ligament tear in his right ankle during Saturday’s Bundesliga draw with Paderborn. The Germany international has been a key player for BVB in the Champions League so far, with two goals and one assist to his name.

Reus is added to a lengthy list of injury worries for coach Jurgen Klopp with Sven Bender, Mats Hummels, Jakub Blaszczykowski, Sokratis Papastathopoulos and Nuri Sahin all doubtful for Wednesday’s meeting with Arsenal.

There are fresh injury worries for the Gunners after Jack Wilshere and Wojciech Szczesny both had to be substituted from their league defeat to Manchester United on Saturday, while David Ospina, Laurent Koscielny, Abou Diaby, Mathieu Debuchy and Mesut Ozil are all out.

Elsewhere in Group D, Galatasaray are without Blerim Dzemaili and Hakan Balta for their clash with Anderlecht, who are missing Matias Suarez and possibly Bram Nuytinck. 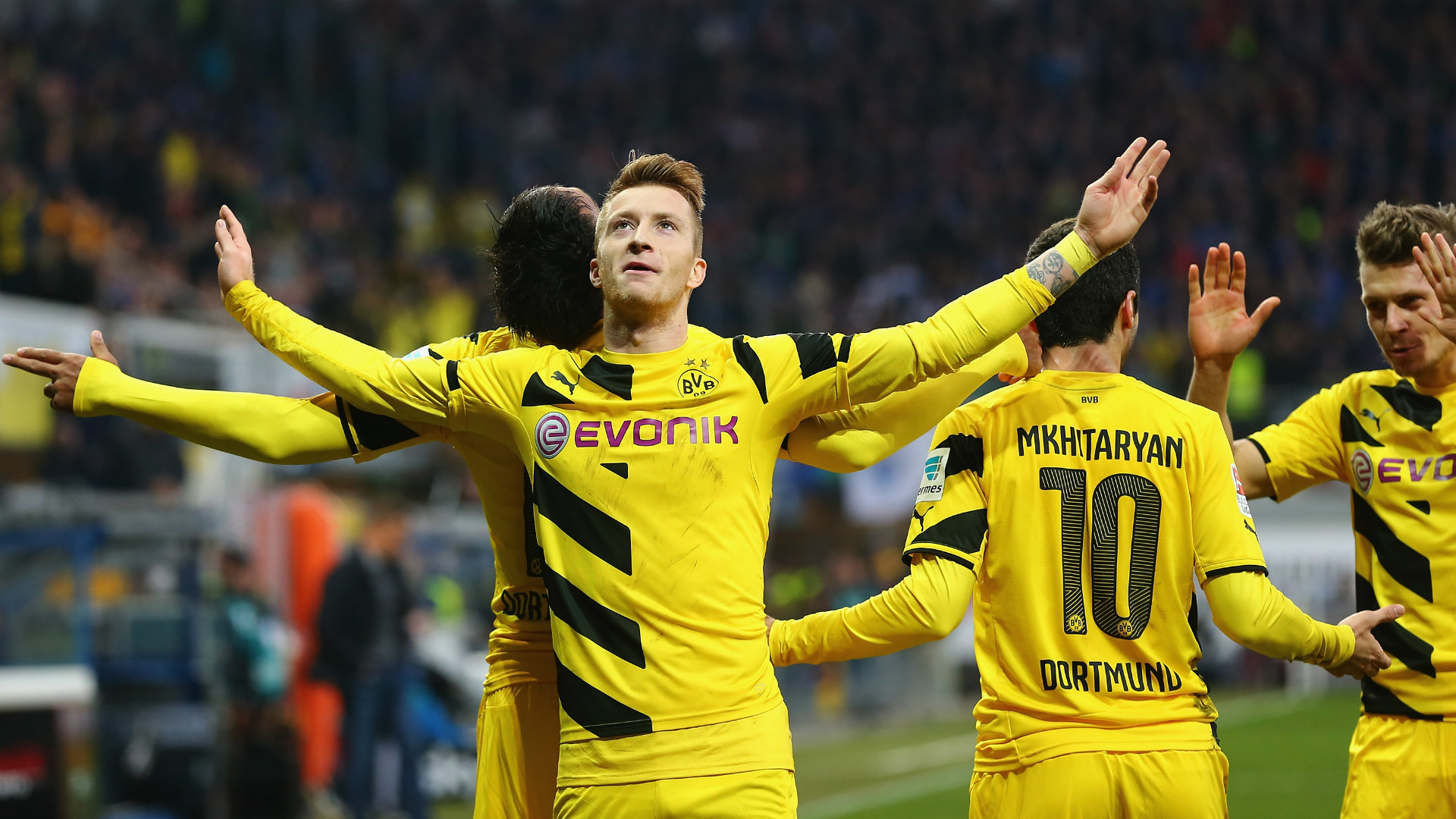 Philipp Lahm’s injury comes as a massive disappointment to Bayern Munich coach Pep Guardiola. The captain will be out for three months with an ankle injury and joins several players who will miss the upcoming meeting with Manchester City, with Claudio Pizarro, David Alaba, Holger Badstuber, Tom Starke, Pepe Reina, Javi Martinez and Thiago Alcantara all out.

David Silva and Edin Dzeko could miss the clash, which is a crucial one for their Manchester City side, while Aleksandar Kolarov will not be fit.

The other Group E clash sees Roma take on CSKA without Leandro Castan, who is set to undergo brain surgery, while Maicon and Yanga Mbiwa will not feature. Kevin Strootman is not expected to be involved and Leandro Paredes and Vasilis Torosidis are doubtful. Federico Balzaretti is also out and will be absent for the remainder of the season. CSKA, on the other hand, are missing Rasmus Elm and Bebras Natcho. Pontus Wernbloom faces a race to be fit on time.

Roma’s league rivals Juventus are missing several players for their crucial Group A clash. Andrea Barzagli, Luca Marrone and Martin Caceres have been ruled out and uncertainty remains over Patrice Evra, Angelo Ogbonna and Kwadwo Asamoah. The Serie A champions’ opponents Malmo will be sweating over the availability of Markus Rosenberg, who has been suffering with a hamstring injury. The Swede has scored two goals for his side in the competition and there are further worries over Erik Johansson, Agon Mehmeti, Robin Olsen, Anton Tinnerholm.

Atletico Madrid could seal their place in the Champions League round of 16 against Olympiakos this week but will have to do so without defender Miranda, who is out with a hamstring injury.

Real Madrid, who have already booked their place in the second round, have been struck by an injury to midfielder Luka Modric, who faces a three-month spell on the sidelines, while Asier Illarramendi is still suffering from a groin injury. Their rivals, Basel, are looking to lock down the second spot but will head into Wednesday’s game without Marco Streller and Ivan Ivanov and are still awaiting confirmation on Taulant Xhaka, Giovanni Sio and Walter Samuel.

Liverpool are desperate to take all three points from their meeting with Ludogorets but the absence of Daniel Sturridge still haunts them, while Mario Balotelli is struggling with a hamstring injury. Suso and Jon Flanagan have both been ruled out whereas Jose Enrique, Jordan Henderson and Mamadou Sakho are doubtful.

Stefan Reinartz, Kyriakos Papadopoulos are the only injury worries for Roger Schmidt as his Bayer Leverkusen team look to confirm their qualification from Group C. Second-placed Monaco must try to narrow the gap between the two sides without Dimitar Berbatov, who is out with a groin injury, Borja Lopez and Layvin Kurzawa.

Zenit and Benfica are level on four points, just one behind Monaco, and will be looking to boost their chances of getting into the second round, but the Portuguese side are weighed down by the absences of Eliseu and Silvio, plus the doubt surrounding Ola John as he looks to recover from a thigh injury. Aleksandr Kerzhakov, meanwhile, is the only player in danger of missing the match from the Russian side. 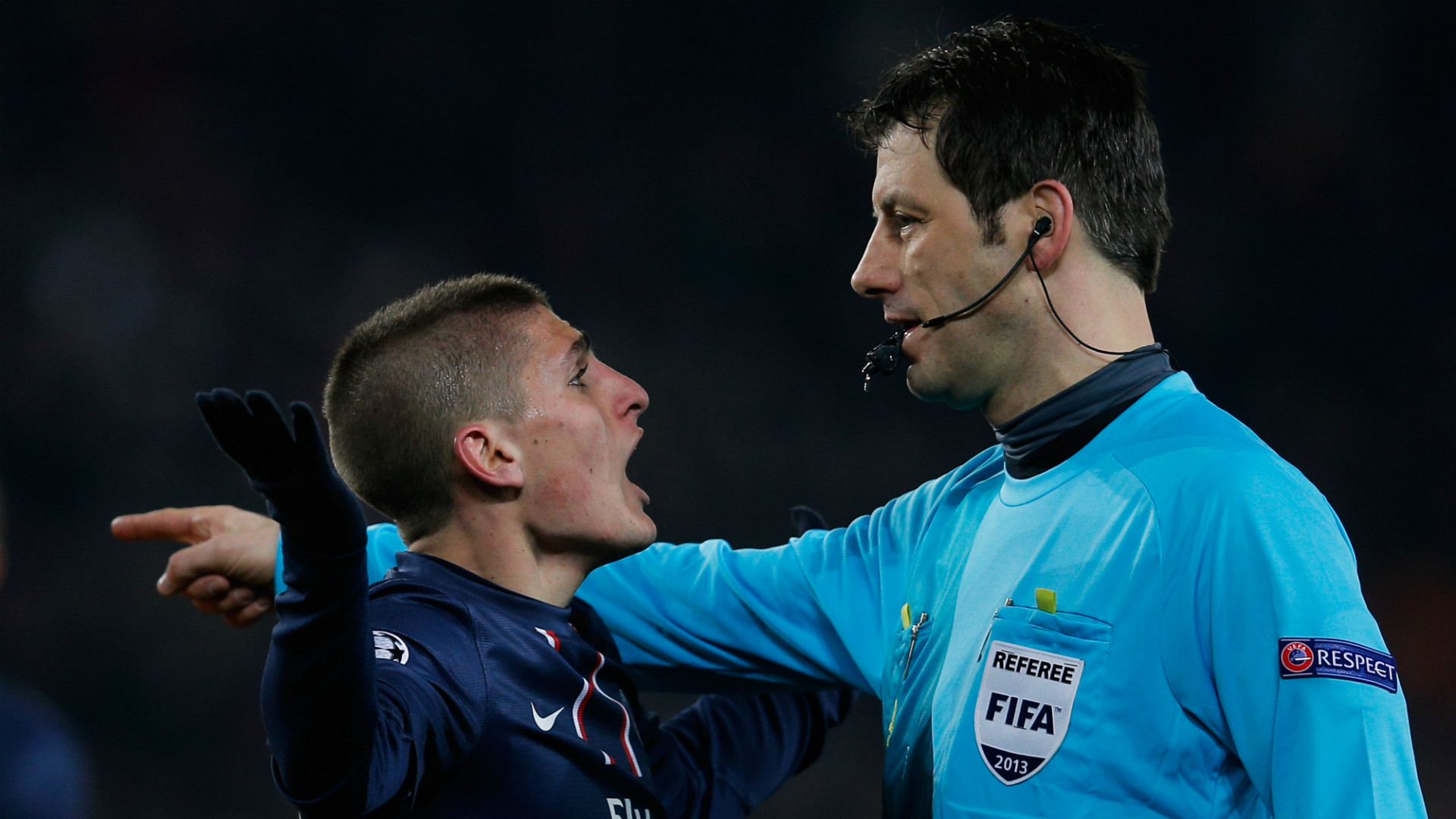 Verratti | Ibrahimovic returns for PSG, but the young midfielder will miss the midweek clash
Laurent Blanc will be delighted to welcome Zlatan Ibrahimovic back to Champions League action as Paris Saint-Germain look to cement their place atop Group F, but Marco Verratti will miss the meeting with Ajax on Tuesday, while David Luiz, Lucas Moura and Jean-Christophe Bahebeck are subject to tests. Viktor Fischer remains the only absentee for Ajax.

Thomas Vermaelen has picked up another hamstring injury and will have to wait for his debut for Barcelona and Andres Iniesta remains unfit and will not make the trip to Cyprus on Tuesday. APOEL, on the other hand, are without Constantinos Charalambides and midfielder Vinicus.

Chelsea face a heavily weakened Schalke side on Tuesday as they look to secure a place in the knockout rounds as Julian Draxler, Jefferson Farfan and Sead Kolasinac are all unavailable for Roberto Di Matteo, and Fabian Giefer, Leon Goretzka, Chinedu Obasi and Sidney Sam are doubtful.

Aleksander Rajcevic will miss Maribor’s meeting with Sporting, with the Slovenian side also unsure over the availability of Agim Ibraimi, Ales Mejac and Zeljko Filipovic.

BATE Borisov, looking to challenge Shakhtar for second place in Group H, will have to make do without Egor Filipenko for this week’s game at home to Porto. Shakhtar will face Athletic Bilbao without Ilsinho, Marcio Azevedo and Serhiy Kryvtsov, while the Basque side will make a decision on Aritz Aduriz in the coming days.