The Brazil defender was selected in the best team of 2014, along with Ballon d’Or trio Cristiano Ronaldo, Lionel Messi and Manuel Neuer

PSG duo David Luiz and Thiago Silva both make the backline, while Barcelona are represented by Andres Iniesta and Lionel Messi.

The Fifa FIFPro World XI is the best team of the year as voted for by professional footballers all over the world.

Each voter picks 11 players and after collating the votes from FIFPro members, a shortlist of 55 names is released in late November – consisting of five goalkeepers, 20 defenders, 15 midfielders and 15 forwards.

The returned ballots are counted, and the players with the highest number of votes are chosen for the final XI which is arranged in a 4-3-3 formation. Despite the formation, there is no distinction between specific positions within the lines of play. For example, a player may choose four centre-backs in their vote, rather than two central defenders, a right-back and a left-back. 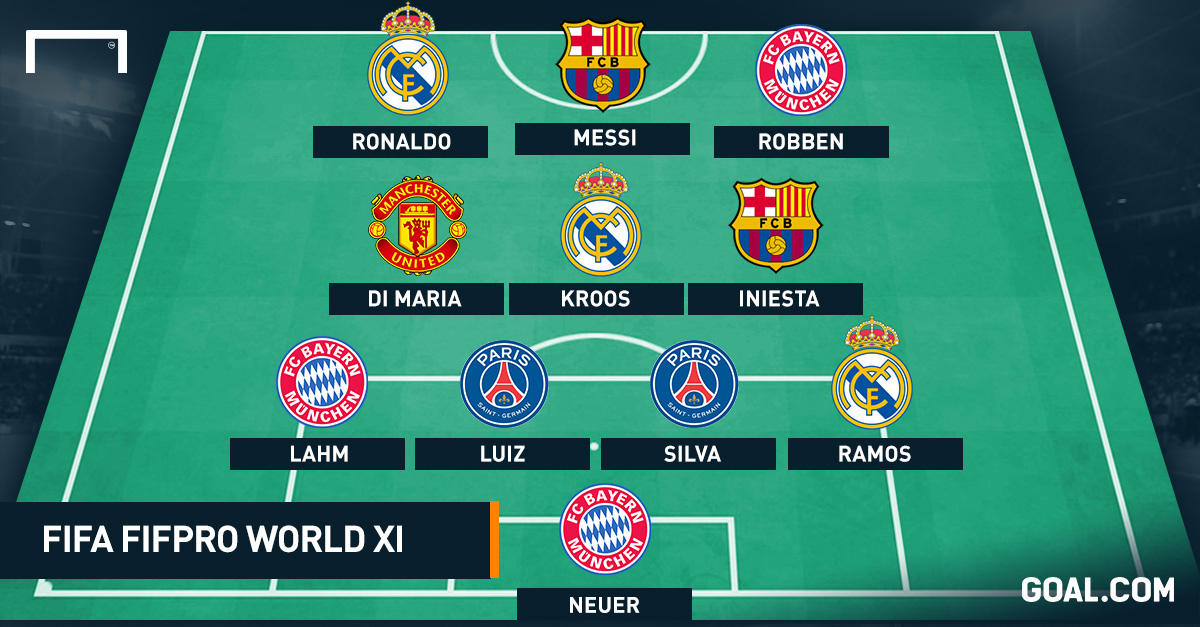