Paris Saint-Germain are the side struggling most with key injuries and suspensions going into the Champions League quarter-finals.

PSG face Barcelona without in-form striker Zlatan Ibrahimovic, who is ruled out through suspension after his red card against Chelsea, with coach Laurent Blanc hoping Edinson Cavani and Ezequiel Lavezzi can limit the impact of his absence.

Marco Verratti is also suspended, while fellow midfielder Thiago Motta (thigh) is missing. David Luiz is another important injured player Blanc will have to do without, while full-back Serge Aurier is suspended.

Luis Enrique’s side, meanwhile, have Dani Alves suspended and Jordi Alba (groin) rated as doubtful. Thomas Vermaelen is still out.

Juventus will be without key midfielder Paul Pogba due to his hamstring injury, while Andrea Pirlo (calf) will be the subject of a late fitness check having not played since the first leg of his side’s last-16 tie against Borussia Dortmund.

Opponents Monaco were dealt a double blow over the weekend. Leonardo Jardim’s side now look set to be without influential midfielder Jeremy Toulalan, while veteran defender Ricardo Carvalho is also a doubt. Long-term absentees Lacina Traore and Tiemoue Bakayoko are still absent. 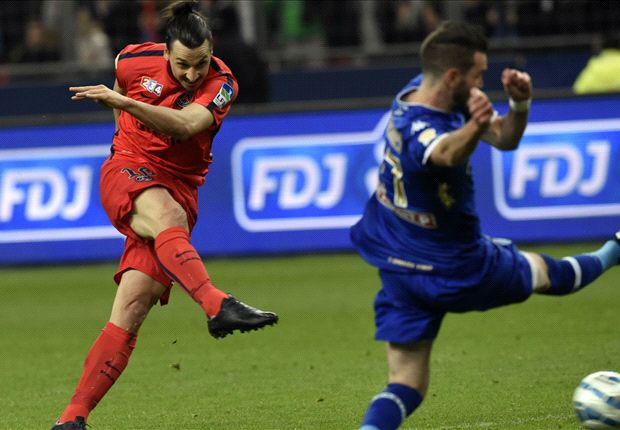 Atletico Madrid were boosted when Mario Mandzukic was passed fit to play against rivals Real Madrid. Raul Garcia is now their main doubt with an arm injury.

Real Madrid have no major concerns having welcomed back Pepe, Sergio Ramos and James Rodriguez in recent matches. Gareth Bale missed the 3-0 win over Eibar on Saturday but has since returned to training and should be fit.

Porto are hoping Jackson Martinez and Cristian Tello will be fit enough to play, but they will have to be checked ahead of kick-off. Ivan Marcano is suspended.