?Bayern Munich travel to Weser Stadium to face Werder Bremen, hoping to reach the final of the DFB-Pokal for the 23rd time.

Bayern have won the competition a record 18 times but haven’t lifted the trophy since 2016, when they beat Borussia Dortmund on penalties.

Niko Kovac’s men are a point clear of Borussia Dortmund, at the top of the ?Bundesliga, a win here could take them a step closer to a league and cup double – something they haven’t achieved in three seasons.

If they progress, Bayern will face Hamburger or RB Leipzig in the final on 19 May at the Olympiastadion.

Here’s how Kovac could set his side out for this important match. Sven Ulreich (GK) – A calf injury sidelined starting keeper Manuel Neuer in the league match against Fortuna Dusseldorf and he is unlikely to be fit for this game. Ulreich started the round of 16 and quarter-final matches and is a capable deputy for the 2014 World Cup winner.

Joshua Kimmich (RB) – The 24-year-old was rested in the early rounds of the tournament but has started every game since the round of 16, as Kovac realised the importance of the competition.

Jerome Boateng (CB) – With Niklas Sule suspended, ?Boateng should slot into his place seamlessly. The veteran defender has won 12 cups during his career and will want to add a lucky 13th in May.

Mats Hummels (CB) – Entering a decade at ?Bayern, Hummels may not be at the peak of his powers but is still the best defender at the club.

David Alaba (LB) – When fit, the Austrian international starts, nothing changes here. One of Bayern’s most consistent performers this season, he’s one of the first names on Kovac’s team sheet. Serge Gnabry (RW) – Leaving Arsenal was the best thing to happen to the 23-year-old, as his career has gone from strength to strength since. 12 goals and nine assist this season is evidence of that and he will be confident of adding to that tally against the team he netted twice against earlier this campaign

Leon Goretzka (CM) – Since arriving from ?Schalke in the summer, Goretzka has made an immediate impact at Bayern – contributing towards 14 goals in 37 appearances.

?Thomas Muller (CAM) – The vice-captain is an ever present in the cup this year, and is still an important part of Kovac’s plans. 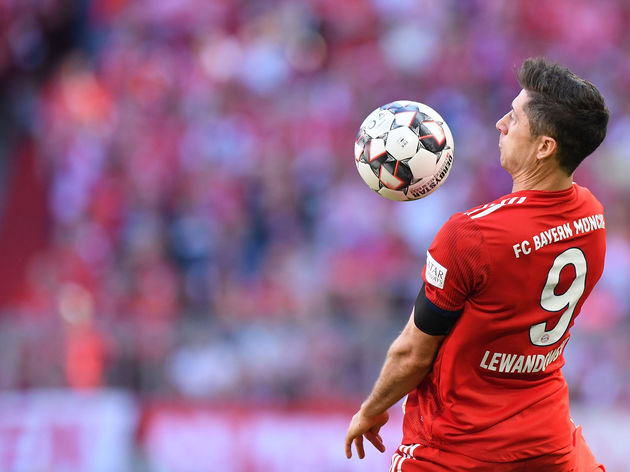