Bayern had the chance to clinch the championship last weekend, but a resolute RB Leipzig side prevented them from doing so, as they had to settle for a hard-fought 0-0 draw. Standing in their way this weekend is Eintracht Frankfurt, who themselves have a Champions League spot to play for. However, the dark horses of the Bundesliga will rue their recent run of poor results which have led to them fighting for a Champions League berth on the final day of the season.

With Borussia Dortmund’s goal difference far inferior to Bayern, Niko Kovac will know his side will only need a draw to seal the league title, barring an unlikely 17-goal swing between the two sides.

Check out 90min’s preview of the game below.

?Bayern are having to contend with a few minor injuries and knocks ahead of their title-decider. Both Thiago Alcantara and Javi Martinez are nursing respective knee problems and could be missing from the middle of the park against Frankfurt. Their fitness will be monitored closely by the club medical team before this tie.

?James Rodriguez is still struggling with the calf problem that has kept him out of Munich’s last two fixtures, though he is hopeful of making it back in time for Saturday. Goalkeeper ?Manuel Neuer remains out with the hamstring injury suffered earlier this year. Sebastian Rode’s injury-laden season looks set to continue in the same vein, as the former ?Dortmund man is set to sit out of the Bayern clash with a knee injury.

Aside from Rode, Frankfurt boss Adi Huetter h?as no new injury concerns ahead of this clash, though he may look to change things up after his side’s recent slide in form.

As you would expect, Bayern Munich have the better record in games between the two sides, having won 22 out of a possible 29. Frankfurt on the other hand have won just three.

?To give Eintracht fans (and Dortmund fans) even less hope, the away side have come up against Bayern twice already this season, and lost by an aggregate score of 8-0. A 5-0 humbling in the German Super Cup was followed by a comfortable 3-0 victory for Bayern in the league a few months later. 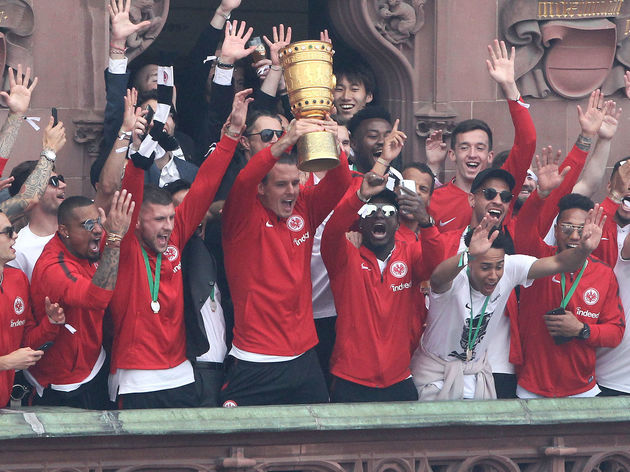 One small ray of hope for Frankfurt comes from when the two sides met almost exactly one year ago in the DfB Pokal final when they emerged as 3-1 victors at the Olympiastadion in Berlin. A repeat of this scoreline on Saturday would give the away team a chance of a ?Champions League spot, and could potentially see Bayern concede the league title to Dortmund.

Victory for Kovac’s men last weekend would have seen them crowned ?Bundesliga champions with one game to spare. However, Bayern were denied their win, as they could only muster a goalless draw with high-flying Leipzig. The title-holders thought they’d won it, but saw Leon Goretzka’s second half goal ruled out by VAR.

That result follows a run of positive results during a time when they have not been performing at their best. Were it not for a draw away to strugglers Nurnberg, the Munich side would already have the title sewn up. 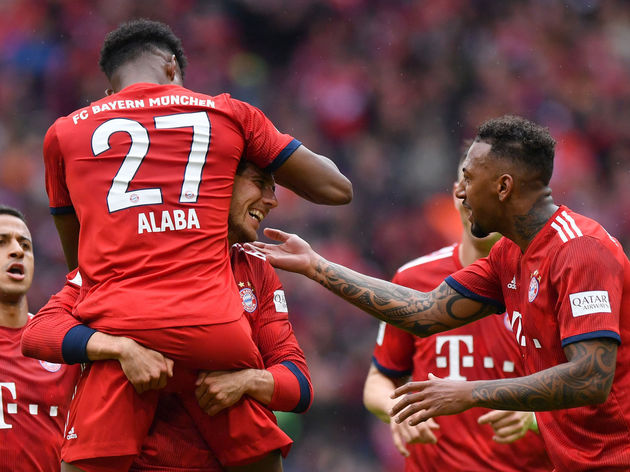 Frankfurt on the other hand have suffered a dismal drop in form at just the wrong time of the season. Having looked set for a top four finish for much of this campaign, results of the past few weeks now see them as outsiders to clinch fourth spot.

Owing partly to their Europa League distractions, Eintracht have gone five league games without a win, losing three in the process. Only SC Freiburg boast a worse record over the same period in the Bundesliga.

Here’s how the two sides have fared in their previous five fixtures:

?Bayern enter this weekend as huge favourites to win this tie and wrap up yet another German league title. What could play on the minds of the home team is knowing that a draw will also be enough to clinch the title, barring a dramatic swing in goal difference.

Recent results mean Frankfurt have it all to do and they will need all three points to have any hope of gaining fourth spot. You can expect them to keep things tight at the Allianz Arena and attempt to snatch a 1-0 victory. In what is likely to a feisty affair, Bayern’s experience in pressure games like this one will see them claim narrow victory.