?Almost a year go to the day, Niko Kovac’s Eintracht Frankfurt side beat Bayern Munich in the DFB-Pokal final, winning his side their first piece of silverware in 20 years.

On Saturday, the tables are turned as his Bayern side welcome Frankfurt to the Allianz Arena, looking to secure their seventh straight Bundesliga title.

Having blown the opportunity to wrap it up last weekend as they could only draw 0-0 with RB Leipzig, Munich will be looking to make no mistake as they face Kovac’s former employers this time round.

Frankfurt have their own ambitions, however, and will look to clinch the last remaining Champions League spot ahead of Bayer Leverkusen and Borussia Monchengladbach.

With a few injuries to contend with and a poor performance in front of goal last weekend, Kovac has some decision to make ahead of Saturday’s title-decider. Let’s take a look at how ?Bayern could line up. ?Sven Ulreich (GK): Injury to Manuel Neuer earlier in the season has led Kovac to call upon the services of his backup keeper, Ulreich. Performing well for the most part, the German will keep his place once again.

Joshua Kimmich (RB): The 24 year-old has featured in every game for Bayern this season, which is a testament to how well he has developed as a player. His ever-present record will not be broken this weekend.

Niklas Sule (CB): Another young player to have excelled under Kovac’s stewardship is Sule, who has been Munich’s most consistent centre-back this year. The 23 year-old kept a strong Leipzig attack quiet last time out and will have a big task on his hands to pacify the threat of Luka Jovic.

Mats Hummels (CB): The German defender has found himself in and out of Kovac’s team this season, as he has rotated with compatriot ?Jerome Boateng. For such a crucial game, Hummels’ leadership qualities are likely to be enough to see him get the nod against Frankfurt.

David Alaba (LB): Another rock in the Bayern defence, the Austrian has played virtually every game this year. His contribution going forward will be just as crucial as his defensive solidity if his team are to retain their ?Bundesliga title on Saturday. 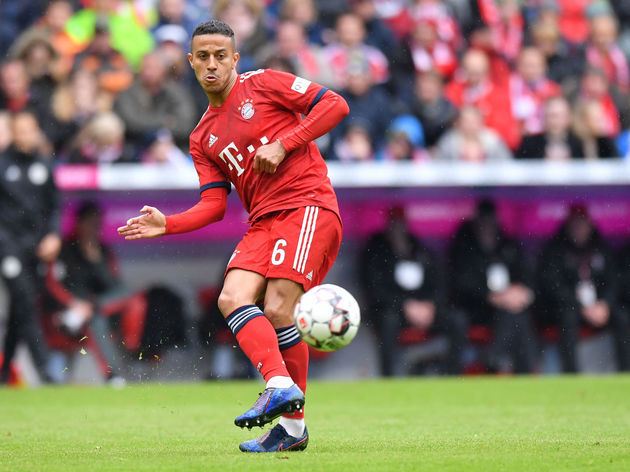 ?Thiago Alcantara (CM): Usually partnering the reliable Javi Martinez in midfielder, Thiago has been one of Bayern’s most consistent performers. Brilliant at keeping the ball, the Spaniard is a key reason why his side will dominate possession against Frankfurt.

Leon Goretzka (CM): The German has spent much of this season occupying the number ten role, but has resorted to a deeper-lying position following injury to Martinez. The 24 year-old thought he had scored the title-winning goal for Bayern last weekend, only to see his effort ruled out by VAR.

Thomas Muller (CAM): Filling in the attacking midfield role is the always reliable German international, ?Muller. The 29 year-old will look to find pockets of space between the Frankfurt lines and chip in with a goal or assist. Kingsley Coman (RW): The Frenchman has performed well this season, but perhaps not contributed as much as he would have liked in terms of goals and assists. He will be looking to put that right against Frankfurt.

Serge Gnabry (LW): The former ?Arsenal man on the other hand has contributed his fair share this year, scoring ten goals and providing five assists.

Robert Lewandowski (ST): Barring a miracle, the Pole will pick up the golden boot once again on Saturday. Leading by a margin of four goals, the former ?Dortmund man will still be desperate to add to his tally of 22 for the season.