?Bayern Munich have all-but ended their interest in Manchester City winger Leroy Sane after the German sustained an anterior cruciate ligament injury, ruling him out of action until March.

Sane fell awkwardly during a challenge in the first half of City’s Community Shield victory over Liverpool, and was forced to hobble off the pitch with worries that the injury could be long-term.

Those fears ?were realised when Pep Guardiola ruled him out of action for seven months, which opened another debate about ?Bayern’s long-standing interest in the 23-year-old. The Bavarian side had been linked with the forward all summer, after Sane ?City

Such attempts didn’t sit well with the ?Premier League side, and ultimately failed, with the ?Mirror now stating that Die Roten will not pursue Sane any further following the news of his unfortunate injury. 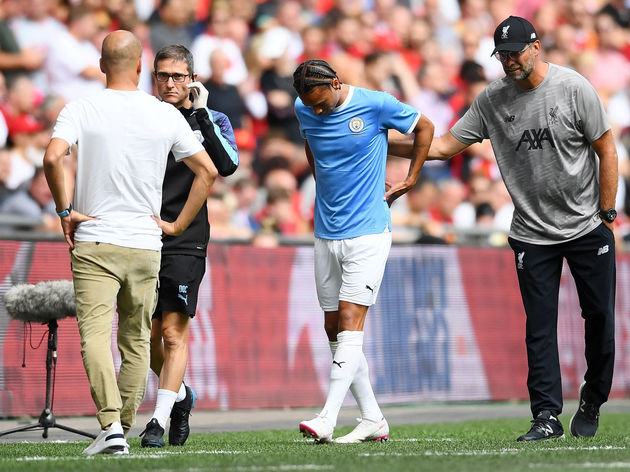 Their decision to pull the plug on Sane was made more evident when it emerged on Saturday that a deal to bring Inter’s ?Ivan Perisic to the club was edging closer.

With City all summer trying to tie Sane down to a new contract, it appears likely that such discussions will be put on hold as the player begins his long road to recovery, starting with an operation