Bayern Munich star Thiago has revealed that thinking ahead and picturing the game in your mind are key principles to becoming a successful midfielder at the highest level.

The 28-year-old has become of the most integral parts of Bayern’s team since arriving from Barcelona six years ago in a deal worth €25m.

Renowned as one of the most technically gifted midfielders of his generation, Thiago has enjoyed great success since moving to Bavaria – scooping six successive Bundesliga crowns, as well as various cup successes – and he’s now revealed in an interview with the ?club’s official website some key components to being a success in the middle of the park.

“First you create space and then you use it. You develop it in your mind beforehand, and of course you’ve studied certain situations with your team-mates in training,” he began.

“Sometimes the same situation repeats itself in different variations four or five times in a game. You have an idea of it in your mind, and you try to put it into practice again and again – until it finally works out.

“It may be hard to understand for people from outside, but the truth is: You have minus one second, that is, no time at all. You must have an idea before the first touch, and you must always think faster than your opponent.

“Orientation is key. You must know where you are, you must be in control of the ball and know where your team-mates and your opponents are. You only have a chance of initiating a move if you have all that in mind.

Asked whether he thought possession-based football or focus on turnovers embodies football the most, Thiago continued: “You can combine the two, but it’s best to have the ball. Then you can shape the game and create pressure. You’re in control. Control is key. And after all, it’s 11 against 11, and all players want to have the ball. 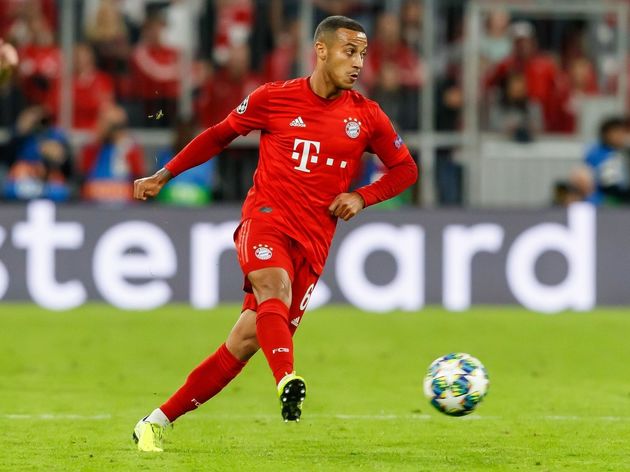 “Without the ball you can run all you want, but if you don’t have the ball even once, something’s wrong.

“?FC Bayern are a big club with a central idea. That’s important. Take Ajax: they’ve had their own culture since Johan Cruyff. Barcelona adopted this philosophy with Cruyff, and both clubs have been living by this idea for many decades.

Finally, Thiago was asked how important it is for a club to have a ‘footballing identity’ in the modern era – given the influx of high transfer fees and continuous transfer rumours – as well as the club’s ambitions for the season.

“FC Bayern represent a large family, that’s unique. And we’ve had a philosophy of our own for about a decade, similar to Barcelona and Ajax. We want to dictate the game with the ball. We should look for players according to this idea. It’s also important to consistently pursue it in the youth section.

“They’re always the same. There are five or six clubs in the world who can seriously say before the start of a season: We want to win every trophy. FC Bayern are one of them.