?Bayern Munich star David Alaba has refused to rule out the possibility of a move to the Premier League in the future, even revealing that he supported Arsenal as a child.

The 27-year-old has been at Bayern since he was 16 years old and has become one of the German giants’ key figures in recent years.

Speaking in an interview with The Times however, Alaba was unwilling to dismiss the possibility of one day leaving the Bundesliga champions, and the childhood Arsenal supporter admitted he ‘can imagine playing somewhere else’. “We’ll see [what happens in the future],” Alaba said. “I know the Premier League very well because I followed it a lot when I was younger. I supported Arsenal. Patrick Vieira was one of my favourite players.

“At the moment I don’t think too much about it, but I can imagine playing somewhere else.”

But the Austria international was quick to reiterate that his immediate attention remains with ?Bayern and their intense title-race this season, as well as the chance of lifting another Champions League trophy.

“We’re in a good way to reach our goals in the Bundesliga, in the DFB-Pokal and maybe also to make a dream come true in the Champions League.” 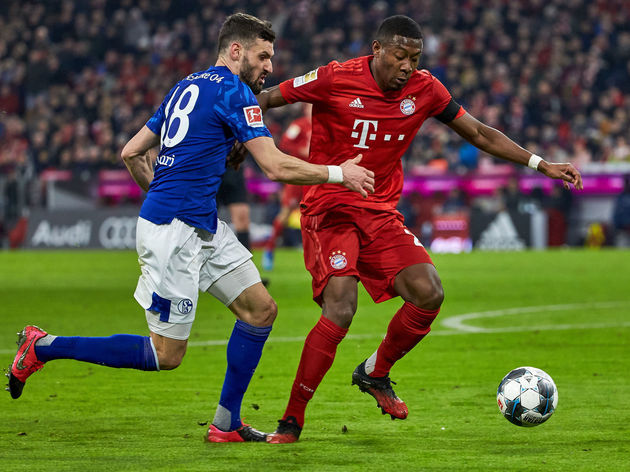 Alaba is a superbly versatile player. He began his Bayern career at left-back but has since mastered a role in the centre of midfield and is currently occupying a centre back slot for the Bavarian giants.

The defender possesses bags of pace, which makes him an excellent addition at the heart of the Bayern backline, and his versatility has aided the rapid progress of wing-back Alphonso Davies this year.

Der FCB face ?Chelsea in the Champions League round of 16 tie this month, with Alaba hoping to win the big European Cup for the second time in his career.