?Bayern Munich: without a shadow of a doubt, the most successful club in the history of German football.

The Bavarian giants have had many of football’s greatest represent them over the years. Here’s 90min‘s definitive list of the ten greatest players to wear Bayern’s colours. 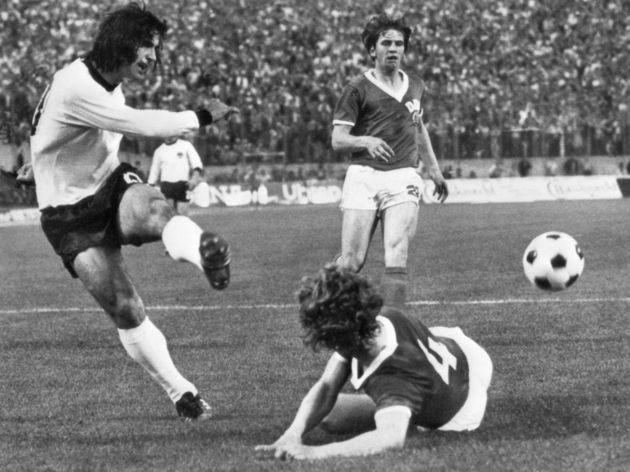 ?Regarded as one of football’s finest strikers in the history of the game, Müller was the greatest marksman of his era. Der Bomber, as he was nicknamed, netted an incredible 365 goals for Bayern – in just 427 ?Bundesliga matches.

It was during the 1960s and 70s that Müller began to mark his legacy. In 1970, he was named European footballer of the year, and he quickly began to shatter scoring records.

His record of 40 goals in a ?Bundesliga season remains intact, and his goalscoring talents mean he averaged a goal per game or better in seven of his 14 seasons.

Crikey, what a player.

?Nicknamed Der Kaiser (The Emperor) because of his dominant displays on the pitch for his club, Beckenbauer is one of the game’s greatest ever defenders.

The German international was twice named European Footballer of the Year, and is credited with redefining the sweeper role in the heart of both Bayern and Germany’s defence.

He won three Bundesliga titles in a row between 1972 and 1974, as well as guiding ?Bayern to a hat-trick of European Cup wins in the preceding years. 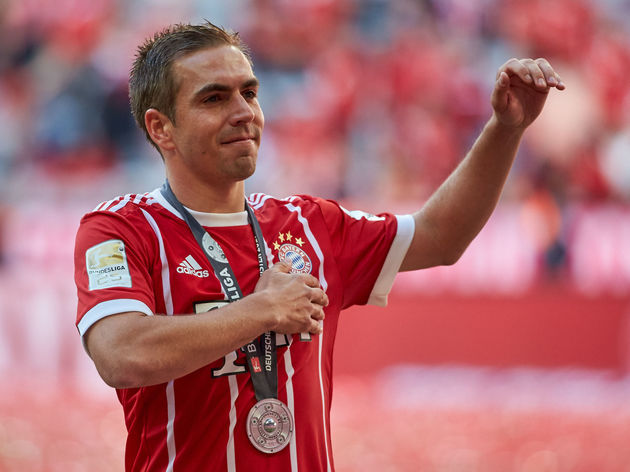 Lahm is one of the most decorated defenders of recent times, and Europe lost one of the greatest modern-defenders when he ?retired in 2017. He won the Bundesliga a staggering eight times, as well as the DFB-Pokal on six occasions.

Lahm, named captain in 2010, guided his side to the historic treble in the 2012-13 season, winning the Bundesliga, DFB-Pokal and ?Champions League.

Pep Guardiola labelled him “the most intelligent player I have ever trained in my career.” Quite a statement, but you couldn’t argue with his former coach. What a player.

?We’ve got another nickname for you. Maier was commonly named ‘Die Katze von Anzing’ (the cat from Anzing). Why? Because he had reactions like a cat, consistently dazzling between the sticks with his lightning-fast reflexes.

Maier spent his entire professional career at Bayern, and was a member of the legendary side that won four league titles, three domestic cups, and three consecutive European trophies. The goalkeeper was also German Footballer of the Year on three occasions.

Rummenigge is currently chairman of the Bayern Munich board, but he had quite the playing career too. He was the Bundesliga’s top-scorer on three occasions, and won the European Cup twice. Robben is one the most iconic wingers in recent European history. Everyone knew how he played, and absolutely no one knew how to stop him. After spells at ?Chelsea and ?Real Madrid, the Dutchman made 201 appearances for Bayern, scoring 99 times.

Perhaps most notable was Robben scoring the winner in Bayern’s Champions League final over German rivals ?Borussia Dortmund. This was his crowning moment during his time in Bavaria, where he won 20 honours – including eight Bundesliga titles, and five DFB Pokals.

We all miss watching him toying with his left-back, then cutting in from the right-hand side and bending one past the keeper into the far left corner.

The midfielder-defender general. He won seven league titles with Bayern, as well as the Champions Cup and German Cup on two occasions.

Breitner formed a formidable partnership with Karl-Heinz Rummenigge – together, they were known as the Breitnigge. He also was named footballer of the Year in Germany in 1981. 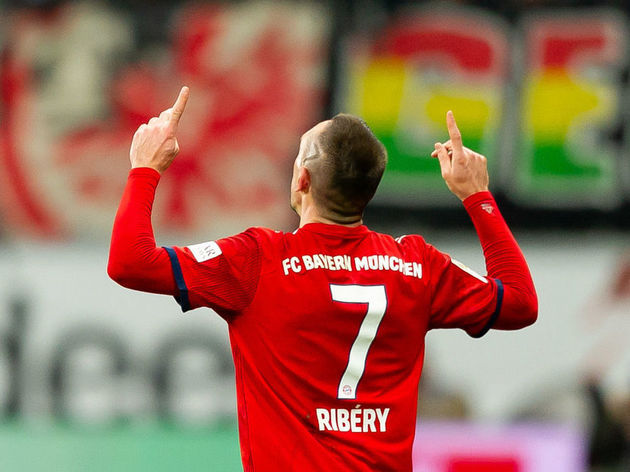 The Frenchman enjoyed an illustrious career with the Bavarian giants. He has won a record nine Bundesliga title, six DFB-Pokals, as well as the 2012/13 Champions League.

In an era with ?Lionel Messi and ?Cristiano Ronaldo in their prime, Ribery was named UEFA’s Best Player in Europe Award in 2013. He was the first player to hold both the French, and German player of the year in 2008. Schweinsteiger was regarded as one of the finest central-midfielders in the world in his pomp. A fan-favourite at the Allianz, he was nicknamed FuBballgott (football god), and in 2013, he was crowned German Player of the Year.

One of Bayern’s greatest midfielders in their recent illustrious history, he remained a fan-favourite even after his career came to an end at the Allianz Arena. Effenberg was the midfield destroyer. He was shown a yellow card a record 109 times, a then record. However, his Bayern legacy is far greater.

After a rather uninspiring first spell in Bavaria, his return in 1998 saw him win three Bundesliga titles in a row. He also led Bayern to victory in the Champions League final in 2000/01, in which year he was crowned UEFA Club Footballer of the Year.

After his departure, Bayern fans voted him as a member of their prestigious all-time XI. Some feat, but well-deserved.