Bayern Munich and Germany legend Gerd Muller has died at the age of 75.

The striker scored 68 goals in 62 appearances for West Germany, including the winning goal in the 1974 World Cup final as they defeated Netherlands 2-1 in Munich.

Affectionately known as ‘Der Bomber’, Muller originally joined Bayern in the summer of 1964 and won the Intercontinental Cup, three European Cups and a European Cup Winners’ Cup as well as the Bundesliga and DFB Cup four times each.

FC Bayern are mourning the passing of Gerd Müller.

The FC Bayern world is standing still today. The club and all its fans are mourning the death of Gerd Müller, who passed away on Sunday morning at the age of 75.

Muller won the Golden Boot for netting 10 goals at the 1970 World Cup and scored a record 365 goals in 427 Bundesliga games and 66 goals in 74 European matches during his 15 years at Bayern.

He also held the record for the most goals in a calendar year after scoring 85 in 1972 until Lionel Messi surpassed his total in 2012.

Shortly before his 70th birthday in 2015, Bayern announced Muller had been diagnosed with Alzheimer’s disease and is survived by wife Uschi and daughter Nicole.

“The German record champions and his entire fan base mourn Gerd Muller, who died early Sunday morning at the age of 75.” 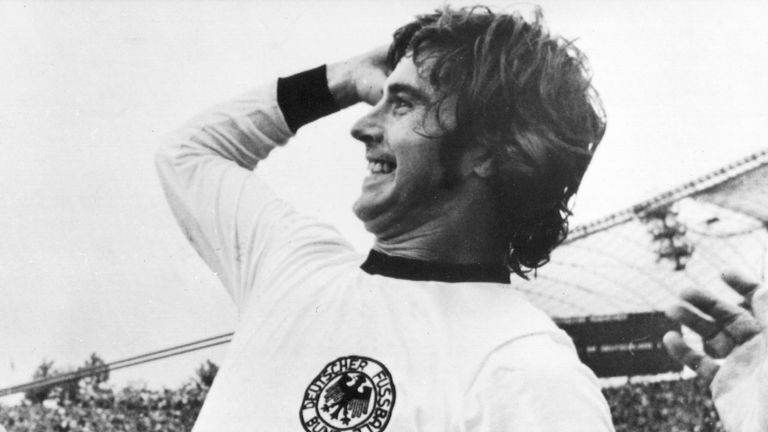 Bayern president Herbert Hainer told the club website: “Today is a sad, black day for FC Bayern and all of its fans.

“Gerd Muller was the greatest striker there has ever been – and a fine person, a personality in world football. We are united in deep sorrow with his wife Uschi and his family.

“Without Gerd Muller, FC Bayern would not be the club we all love today. His name and the memory of him will live on forever.”

“As a player and a person, Gerd Muller stands for FC Bayern and its development into one of the biggest clubs in the world like no other. Gerd will forever be in our hearts.”