Bellingham hit out at the performance of Zwayer during the 3-2 defeat as Dortmund were left frustrated after the referee turned down appeals for a penalty – only to award Bayern one for a Mats Hummels handball.

Robert Lewandowski stepped up and scored what proved to be the winner against his old club, in front of a restricted attendance at Signal Iduna Park. 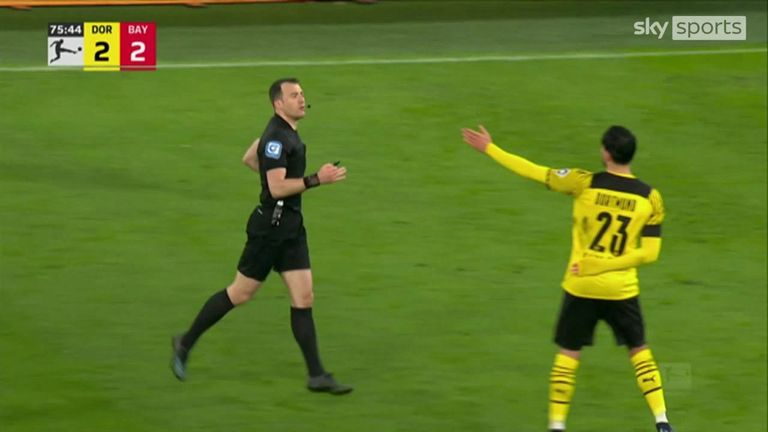 And after the game Bellingham told ViaPlay: “You give a referee, that has match fixed before, the biggest game in Germany, what do you expect?

“For me, it wasn’t [a penalty]. He [Hummels] is not even looking at the ball and he’s fighting to get it and it hits him.

“You can look at a lot of the decisions in the game.” 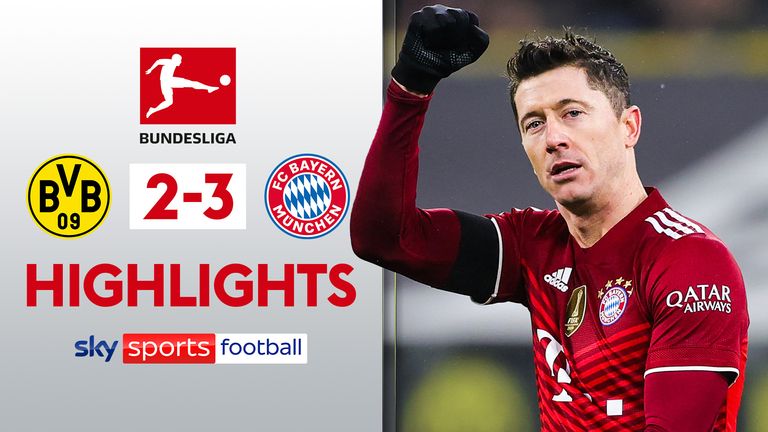 Highlights of the Bundesliga match between Borussia Dortmund and Bayern Munich

Dortmund boss Marco Rose was also sent to the stands after criticising the Bayern penalty award, which came following a VAR review in the 77th minute.

England international Bellingham was referring to Zwayer’s six-month ban by the German FA in 2005 following a match-fixing scandal.

“I see in the game that it’s about a touch by Hummels. The question for me was: Is the arm stretched away from the body or not? In real time, it was not clear whether his arm was moved towards the ball. 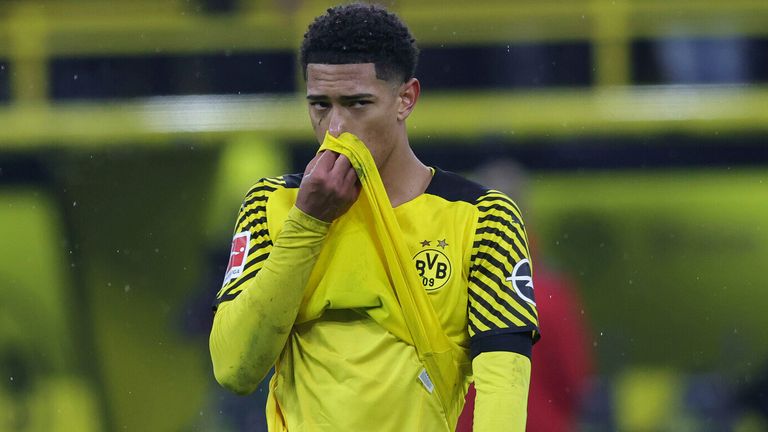 “I checked it with [VAR officials] in Cologne and then the arm position was checked.

“The video assistant made an assessment for himself and said that Hummels had his arm away from the body in an unnatural position.

“In the end, he clearly deflected the ball with his elbow and I came to the decision that it was a penalty.”

A criminal complaint has now been filed and the case will be forwarded to the Dortmund public prosecutor’s office who will determine whether there will be any criminal charges against Bellingham with a decision expected later on this week.

Earlier in the second half, Dortmund captain Marco Reus went down in the box following a challenge by Lucas Hernandez but no VAR referral was forthcoming on that occasion.

“It was a contact in the upper body area, which is allowed to happen even at high speed,” Zwayer added.

“The situation is not black and white, I decided against the penalty because of my line of sight.”

On Dortmund’s dismissed penalty appeal: “I think [the referee] is right. There’s a clash between the players, there’s enough shoulder; I didn’t think it was a penalty. The players are alongside each other – I can understand why he didn’t give that. It’s a tangle.”

On the penalty awarded to Bayern Munich: “The arm’s up. If the arm’s above the shoulder and the ball strikes the arm, a penalty can be given. The referee has been sent to the screen because the VAR has picked it up, he looks at the screen and there’s no doubt what happened. He’s got to give a penalty.”

As the home of German top-flight football in the UK and the Republic of Ireland, football fans will be able to tune in to Sky Sports to watch the likes of Erling Haaland, Jude Bellingham and Robert Lewandowski, while 30-time Bundesliga champions Bayern Munich look to hold off their rivals to claim another title.